The GORUCK GR1 is the flagship pack from GORUCK. It the first item they sold and it continues to be their best seller. Interested in what we think about the GORUCK GR1? Check out our full review on the pack. What to purchase the GR1? Head on over to GORUCK's website and grab one. 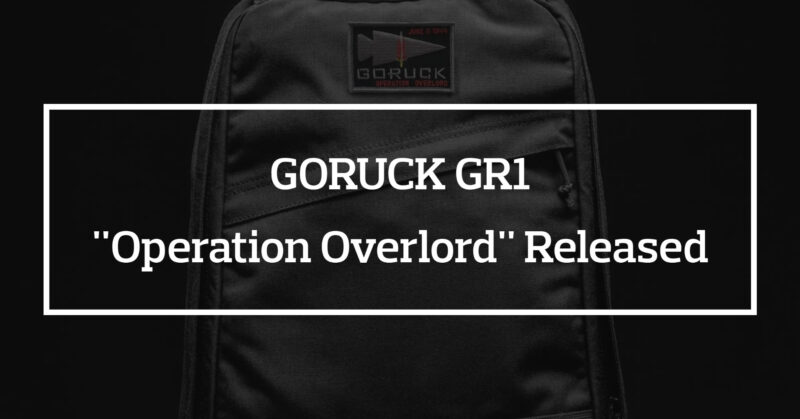 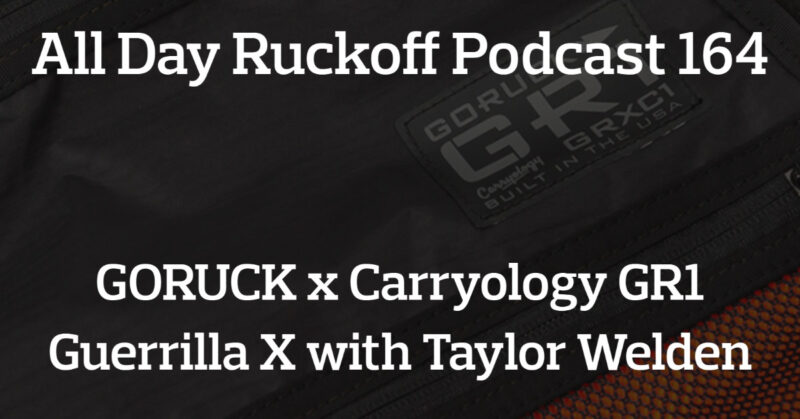 Taylor Welden (senior editor of Carryology) joins me to talk about the new GORUCK x Carryology GR1 Guerrilla X collab pack. We start out talking about his history with design and bag manufacturing, move into when he first met Jason back in 2008, and finish up talking about the new pack. Resources Here’s links to […] 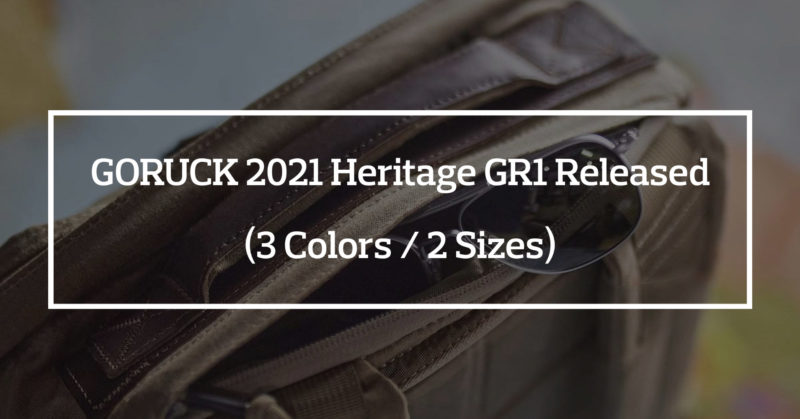 GORUCK created their first Heritage GR1 (review) to celebrate the 10 year anniversary of the GR1. That pack was made with waxed canvas, featured leather accents, and was limited to 300 made. I purchased one of those packs and absolutely love it. It’s a fantastic everyday carry bag, looks professional, and and wears very well. […]

GORUCK and Huckberry have had a close relationship for years. Huckberry wrote about GORUCK in their early years and was the only online store (outside of GORUCK) to sell the GR1. To celebrate GORUCK’s 10 year anniversary Huckberry is teaming up with them to release a custom Huckberry branded slick GR1. There isn’t much information […] 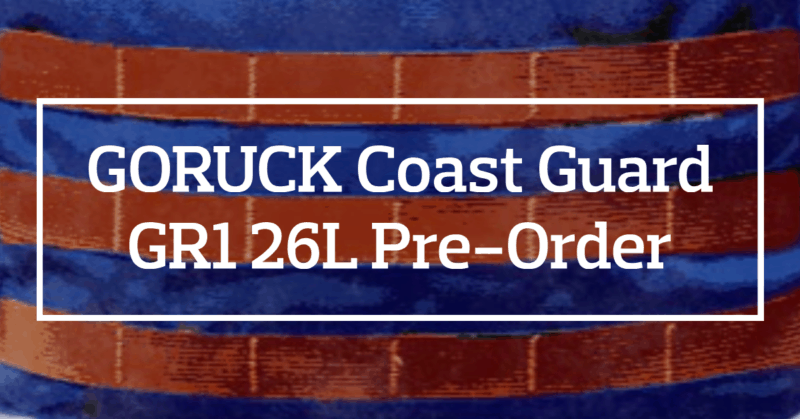 Sounds like GORUCK heard the response from the community. One of the most requested additions to the Military Branch line of GR1s was the Coast Guard. For what it’s worth the second most requested was the Space Force. On that note the new Snow + Wolf Grey “Stormtrooper” GR1 might cover that request 😂 The […] 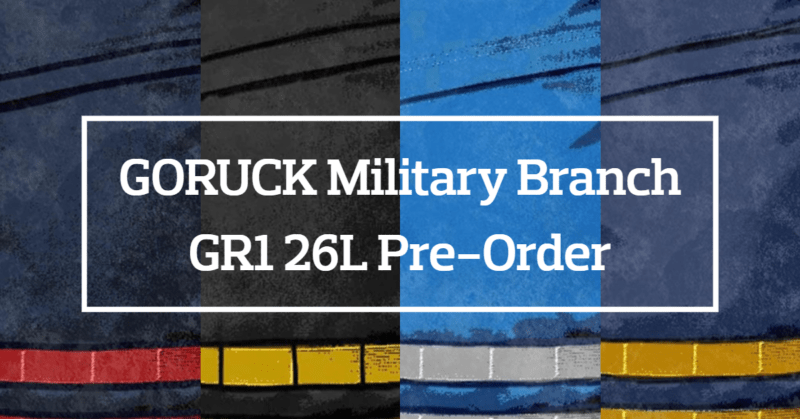 UPDATE: GORUCK has added a Coast Guard inspired GR1 to the mix! In honor of Military Appreciation Month GORUCK has brought out Marine Corps, Army, Navy, and Air Force themed 26L GR1s. They’re running them through the GORUCK Workshop which means pre-order and a discount! You can grab these packs (which are a limited run) […]